Millennials, unite: Thanks to being raised in the digital era, we’re twice as likely as our parents to travel with the unrivaled ease that arrives with technology. Booking flights on-line, couch surfing with strangers, mapping out our own unique itineraries, journeying with little more than our iPhones—it’s no wonder why we’ve been dubbed the “wanderlust generation.”

But just because we travel with greater facility doesn’t mean we don’t want the most authentic and inspiring experience—particularly when it comes to traveling to the vacation hotbed that is Hawaii. With this in mind, we’ve put together a list of the most dynamic and enriching activities to do on Maui—so that you can have one of the most meaningful trips of your lifetime.

Daytrip in the Clouds For decades, Maui—the second largest island in the Hawaiian archipelago—was almost exclusively seen as the pinnacle of beachy retreats. While this may be true—more on that later—the Valley Isle is also home to some of the most splendid sand-free pursuits on the planet.

Chief among them is the mammoth mountain you’ll see minutes after stepping off your plane. Known by a number of names, from House of the Sun to Realm of the Gods, Haleakala forms the eastern half of the island and soars to 10,023 feet into the sky. Visiting its acme provides phenomenal views—and takes you as close to heaven, however you might define it, as possible.

Skyline Hawai’i both simplifies and electrifies this adventure with their Haleakala Sunrise & Zip Tour. Starting in the predawn dark, one of Skyline’s tour vehicles (plush and comfy) will pick you up from your condo or hotel and take you to the volcano’s top for one of its unforgettable sunrises (think: striated skies, the sun bursting into view, and vistas of the snow-capped Big Island across the channel). As if that weren’t enough, you’ll then rocket across drops—brimming with fragrant eucalyptus trees—on their 5-line zipline tour. With breakfast and lunch included, as well as engrossing information, you’ll return to sea level enlivened. What’s a Maui vacation without a luau? Incomplete, we’d say—especially if it’s authenticity you’re after. As one of the defining events of the Hawaiian culture, luaus—which are traditionally known as ‘aha‘aina—allow guests to get a taste of what Hawaii was like before Westernization. The taste here is literal, of course; the heart of any luau is the food it presents, which is enjoyed in a joyful, family-style setting. One of the newest luaus on the island—The Feast at Mokapu—honors this history (and then some). Delivered by the Andaz Maui at Wailea Resort—easily one of the chicest hotels in all of Hawaii—The Feast at Mokapu defies the stereotype of luaus (long lines, fussy children, and men being forced to perform hula) and gives visitors a luxurious, intimate experience. With a maximum capacity of 150 guests, The Feast at Mokapu offers a 14-course plated dinner, traditional lei making and kapa dyeing, and an interactive dramatization of the first Polynesians who settled in Wailea. Bonus points: The Feast at Mokapu doesn’t just serve the typical Mai Tai, but makes exceptional, hand-crafted cocktails tailored to your preferences. Check out Activity Authority for the best deals on this one-of-a-kind event.

…if not an entire trunk: From November through May, visitors to Maui are granted the chance to see fleets of North Pacific Humpback Whales, who voyage from Alaska to calve, nurse, and mate in Maui Nei’s tranquil waters. Witnessing one of these beauties from the beach is one thing; seeing them up close aboard a boat is another entirely. The Kai Kanani’s Adventure Whale Watch is just the way to do it. Launching from Maluaka Beach in the unspoiled region of Makena, the two-hour escapade, complete with healthy eats, is helmed by a team of expert naturalists and takes guests to some of the most pristine parts of Maui. The Road to Hana has garnered worldwide acclaim for its seemingly-unending curves and vast array of waterfalls. While getting to Hana proper is half the fun, doing the drive on your own steals attention away from the staggering views it offers.

Enter Haleakala EcoTours. The eco-conscious, forward-thinking outfit provides guests with a restful ride to the hypnotizing eastern side of the island on an unforgettable Road to Hana Tour. Along the way, you’ll stop at several of the Road to Hana’s most mesmerizing spots, from Wai‘anapanapa State Park—a 122-acre oasis comprised of a black sand beach, underwater caves, blowholes, and a sea arch—to the Keanae Peninsula, which once housed the inmates who did the final work on the Road to Hana (and, as well-preserved as the hamlet is, offers a glimpse of old Hawaii). The edifying tour, abounding with visits to cultural sites, is provided by NAI Certified Interpretive Guides. There’s the notion of eating farm-to-table—and then there’s dining while looking at said farm from your table. Such is what eating is all about at The Mill House. Situated at the base of the West Maui Mountains, the award-winning restaurant dishes out tapas, desserts, main courses—even cocktails—that are inspired by the freshest crops on the island. Here, you can start with root vegetable fritters with Indian-spiced jam, dig into Korean Kalbi steak with carrot and papaya slaw, and end it all with a toasted pavlova with lilikoi curd and pineapple compote. Between bites, soak up the surroundings—which include beautifully-restored relics from Maui’s plantation past. …before diving into the immaculate waters of Maui’s famed volcanic caldera. Molokini, a horseshoe-shaped islet two and a half miles off of the island’s southern coast, lives up to its legendary status as one of the best snorkeling spots in Hawaii. 250 species of fish—many of them endemic—allow snorkelers to absorb their gloriousness while also sustaining its distinction as a Marine Life Conservation District and seabird sanctuary. One of the most exhilarating Molokini snorkeling tours is with Redline Rafting—an eco-friendly, Kihei-based company that offers morning Molokini snorkels before taking guests to one of Maui’s remotest coastlines. Aboard their 35-foot, customized raft, you’ll delight in views of the island’s last lava flow, caves, grottos—and the majesty that is spinner dolphins. ‘Iao Valley is nothing if not evidence of Hawaii’s potent natural forces. Located in Wailuku, the emerald-green basin houses vertiginous cliffs crafted by centuries of rain and erosion, a stream bed lined with ferns and boulders, and Kukaemoku—a “needle,” encased in vegetation, that towers 1,200 feet into the clouds. The 4,000-acre park that nests these gems brims with botanical wonders, gorgeous vistas of the island’s central coastline, and tales of Maui’s most intense and profound battle. While the state park is easily accessible by car (and the path to its summit is short and breezy), your journey can be elevated with the help of Valley Isle Excursions. With over twenty years of showing visitors Maui’s prized jewels, the company is as generous with their knowledge as they are with their hospitality on their popular Maui Volcanoes Tour. Hike into the exquisite valley and you’ll discover why ‘Iao is one of the most photographed—and iconic—places in Hawaii. There is a reason why aerial tours are so popular on Maui. With imposing peaks, hidden waterfalls, cavernous valleys, and towering sea cliffs, the Valley Isle’s landscape is anything but featureless. Maui’s staggering amount of rugged terrain makes it impossible to truly explore the island without taking to the skies. While most visitors opt for a helicopter tour, Fly Maui presents the chance to take your air experience to the next level with their Discovery Flight. Hop into the pilot’s seat for a once in a lifetime opportunity to learn how to fly a plane in the skies above Maui. In this 50-60 minute guided flight around the island, not only will guests receive their first lesson in flight school, but discover some of the island’s most striking hidden treasures- presented from the rare point of view of the cockpit.

Maui’s leeward side presents the prevailing view of paradise, thanks to its extended stretches of powdery sand, lanky palms, and crystalline waters. From Makena to Napili, nearly every beach along this flank is stunning enough to make you question your present residence (and job, for that matter). And yet, few are as spectacular as Ka’anapali Beach. Situated on the western rim of the island, this mile-long marvel is bordered by high-end resorts and renowned restaurants on one side and the bright blue Pacific on the other. As such, a number of stellar ocean activities are offered, including parasailing, stand-up paddling, and snorkeling; past the sand and you’ll find shopping, golfing, even a whaling museum complete with a 40-foot whale skeleton. Sunset brings beachgoers to the western edge of the strand, where a nightly ceremony at Pu’u Keka’a (contemporarily known as “Black Rock”) pays tribute to the ancient Hawaiian tradition of leaping off its precipice and into the glimmering water. It’s the perfect way to launch an epic Maui night—and the ideal way to say thanks for all that Hawaii has to offer. 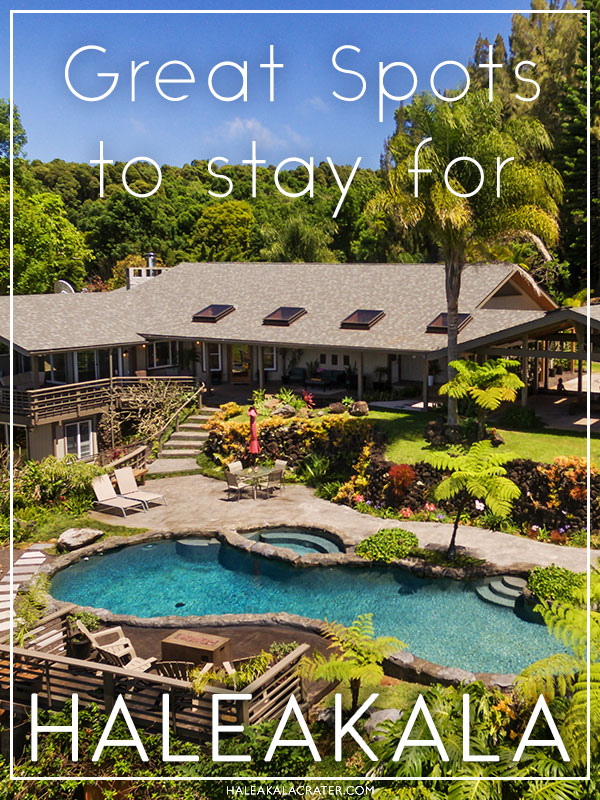